Preventing Incidents of Sepsis, Falls and other Infections with Clinical AI

Sepsis causes one in five deaths globally, and is the leading cause of death in hospitals. An overactive immune response to infection, sepsis escalates quickly and is difficult to detect early in the critical window when treatment is most effective. The symptoms, which include fever, difficulty breathing, elevated heart rate and chills, are often mistaken for other conditions. However, the Jvion CORE identifies patients likely to develop sepsis before they even present with symptoms, buying clinicians time to save lives.

The CORE Sepsis Product analyzes up to 4,500 risk factors per individual to identify patients at risk of sepsis before they enter the hospital, during their stay in acute care settings and after they’re discharged to prevent readmission. Jvion’s clinical AI also recommends the clinical actions most likely to succeed. By accounting for non-clinical factors such as transportation access, CORE can alert clinicians to unforeseen barriers to care and adjust their care plans accordingly.

Reduce incidents of HACs and HAIs with prescriptive AI 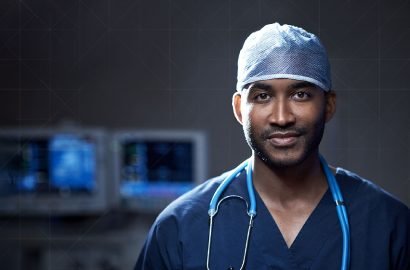 With the Jvion CORE, providers can identify patients at risk of preventable inpatient harm incidents and gain insight on the specific clinical actions that will most effectively reduce risk for each patient.

Find out more about how Jvion helps Providers

The Jvion CORE helps payers proactively manage the health of their members by identifying those who may be at risk for healthcare-associated infections and conditions, and how best to engage with each member. These insights can help prevent members from deteriorating and mitigate avoidable utilization and reimbursements.

Find out more about how Jvion helps Payers

An 85-year-old cancer patient who lives alone was identified as being at risk for 30-day mortality by the Jvion CORE. Her physician received an alert and immediately engaged her team to contact the patient and bring her in for an exam. The CORE also identified that transportation may be a challenge for the patient, so they arranged for her friend to give her a ride.

Despite no complaints or outward signs of sepsis, the clinical team ordered blood work. Later that same day, blood work revealed signs of sepsis. Around the same time, the patient’s friend contacted the clinic because the patient had fainted. She was immediately sent to the ED where she was diagnosed with sepsis and admitted to the hospital.

Thanks to Jvion’s clinical AI insights, this patient’s sepsis was caught early and the infection’s progression was stopped.

AI Strategy for Healthcare Leaders: Defining What to Build, What to Buy, and How to Leverage Both