Dr. Karin Molander MD, FACEP, is the chair-elect of the Sepsis Alliance Board of Directors and serves as an emergency medicine physician providing emergency care to patients in the community setting. She served as chair of the Mills Peninsula Medical Center (MPMC) Sepsis Committee from 2011- 2015, where she led an initiative that reduced sepsis mortality by 69%. She also previously served as a Sepsis Physician Champion for Sutter Health Services. In the wake of Sepsis Awareness Month, Jvion spoke with Dr. Molander to discuss the current state of sepsis in American hospitals and the role of technology in combating it.

Jvion: We recently came out of Sepsis Awareness Month. The facts & figures are daunting. Can you share your perspective on the current state of sepsis in America?

Dr. Molander: We are at a time of increased understanding of Sepsis, but there’s a need for more research and investigation. I think we’ve done a tremendous job in helping patients, their families and their treatment teams understand sepsis, but one of the challenges we face is standardizing the definition of sepsis and recognizing it early to expedite treatment. 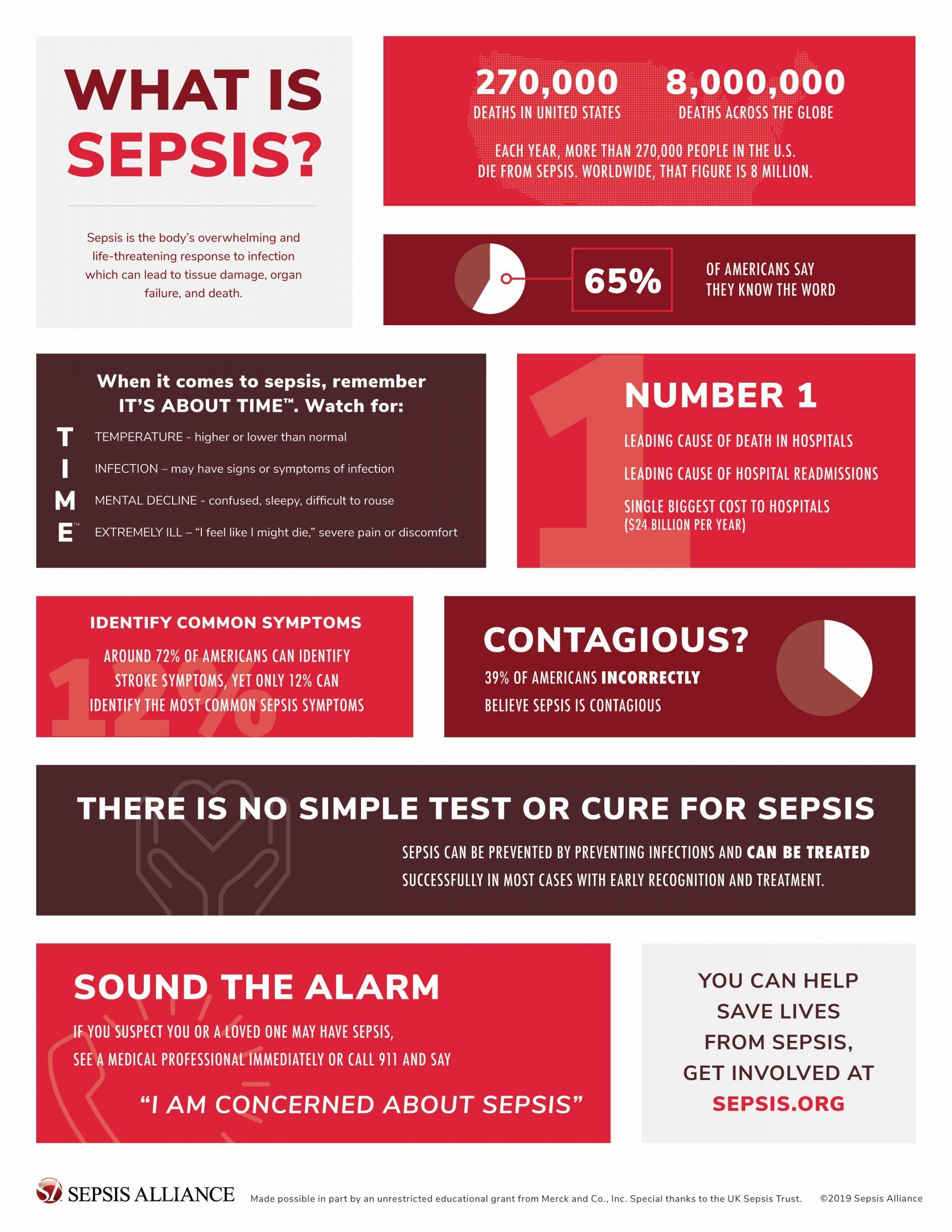 {/modal}Jvion: How has the definition of sepsis evolved over the history of efforts to treat it?

Dr. Molander: We’ve known the signs and symptoms of sepsis for millennia; descriptions of what was then called “putrefaction” date back to Hippocrates. But what one physician might call “pneumonia” another might call “septicemia with pneumonia” or “bacteremia,” leading to confusion. It wasn’t until 1992 that clinicians formally settled on a definition and diagnostic criteria for sepsis, which has since evolved over time. But the story doesn’t end there. The Centers for Medicare & Medicaid Services (CMS), insurance companies, and the Surviving Sepsis Campaign all offer varying definitions and recommendations for sepsis, causing great confusion over which guidelines to go by.

As the consensus on best practices for sepsis treatment continues to evolve, it remains to be seen whether care mandates from the CMS can keep up with new research and new techniques. What clinicians really need to know is how to detect sepsis as early as possible so they can initiate treatment, because with sepsis, “time is tissue.” As the saying goes, “When sepsis is easy to diagnose, it’s difficult to treat, but when sepsis is difficult to diagnose, it’s easy to treat.”

Jvion: What do you see as the most promising technologies emerging to help clinicians recognize and treat sepsis as early as possible?

Dr. Molander: In the last year alone, we’ve seen an explosion of prediction software tools aimed at helping clinicians recognize sepsis before it’s too late. These tools look at variance in vital signs to predict if and when a patient might get sepsis. These tools also consider a particular patient’s risk. A healthy 18-year old with no chronic conditions is a lot less susceptible to sepsis than, say, a person with a dialysis catheter, diabetes, or chronic lung disease, who could get quite sick from sepsis. As an emergency medicine physician who sees 80% of sepsis patients coming from the community, it’s encouraging to see these tools come out to help us start treatment sooner. However, it’s important that these prediction tools draw from the same data source. In an ideal world, there would be a massive, centralized dataset that these tools could validate their predictions against so clinicians know which is the most sensitive and specific.

Another promising approach we’re seeing is giving wearables to high-risk groups. These wearables track fluctuations in vital signs, and alert patients to seek care when their vitals show signs of sepsis. However, it’s critical that these remote monitoring tools are personalized to the patient. What might be a normal heart rate for one person may be a seriously low rate for another person. These tools also need to be able to differentiate between normal swings in vital signs and sustained fluctuations that would indicate sepsis. For example, a person’s heart rate might increase because they were pulled over by the police, which by no means indicates sepsis. So teasing out the pertinent data will be really important as these technologies evolve.

Clinicians are also moving towards more sophisticated screening measures. We know that high lactate levels indicate anaerobic metabolism that puts a patient at high risk of death, but it’s not specific to sepsis. Patients with cardiac arrest or chronic emphysema also show elevated lactate levels. A new approach uses lab testing to detect RNA signaling produced by white blood cells specific to the pathogen causing sepsis, whether its bacteria, a virus, or a fungus. Identifying the exact pathogen responsible can help clinicians start treatment sooner and use more targeted therapies, rather than the broad-spectrum antibiotics used in common practice. 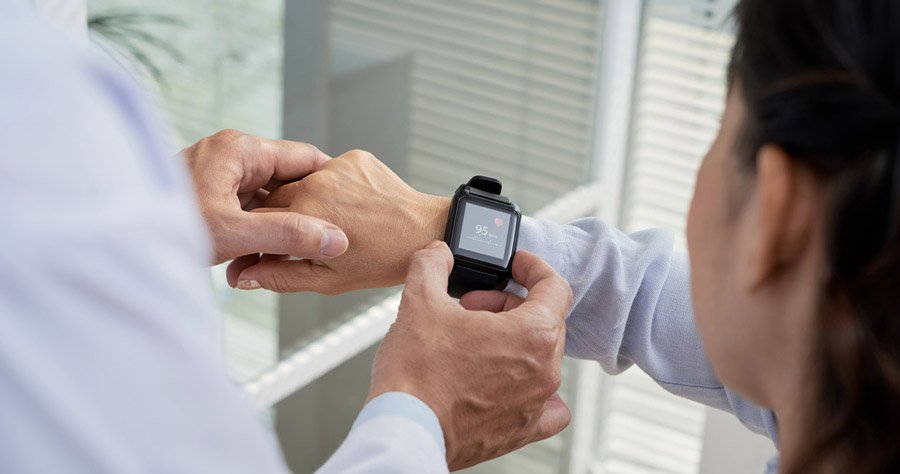 Jvion: During your time at MPMC, you’ve had tremendous success in reducing mortality from sepsis. What has been the main driver for that success?

Dr. Molander: The key is education: educating the patient, educating the family, and educating the entire medical staff. Empowering the nursing staff is also important. One of the biggest challenges is changing the hierarchical culture. Rather than having the intensivist doctor at the top of the pyramid, with the internal medicine doctor, ER doctor and the nursing staff below, we have attempted a more team-based approach. When nurses are empowered to initiate evaluation of sepsis patients and don’t have to wait for the physician to finish with other patients down the hall, they gain critical time in gathering important information for the clinician to review,  similar to a nurse obtaining an EKG in a patient with chest pain. The human body is so complex and clinical conditions can change so rapidly, and even if physicians follow all the right protocols, patients can still become septic. Nurses need to be empowered to recognize these sudden changes and take action.

Jvion: Let’s talk about education. How can education help with early recognition, which seems to be the most important factor in preventing sepsis mortality?

Dr. Molander: Early recognition is key — and it’s important that patients and their families know that if, for example, the patient is undergoing chemotherapy, that they are at a higher risk of sepsis, and they should know the early signs and symptoms of sepsis. It’s like when new parents learn infant CPR. Hopefully they never need to use that knowledge, but not knowing could be the difference between life and death in an emergency. Educating EMS staff is also important. If the EMS team bringing the patient to the hospital can identify signs of sepsis and alert the hospital staff, diagnosis and treatment can be initiated as soon as the patient enters the hospital, saving precious time. 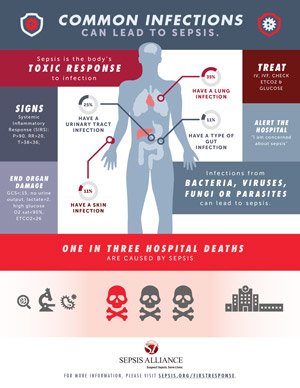 {/modal}Jvion: Socioeconomic determinants of health are getting increasing attention for their role in determining health outcomes. Are there any socioeconomic factors particularly relevant to sepsis outcomes?

Dr. Molander: There was a wonderful article recently written by one of the founders of the Global Sepsis Alliance touching on this very issue. Patients from lower socioeconomic backgrounds have been shown to have higher morbidity and mortality rates. It’s clear that we have a lot of work to do. Caring for the septic patient takes a lot of resources, and my biggest concern is that patients in critical access hospitals with large volumes and limited resources may not be able to afford the one-on-one attention from a nurse that they would get in a hospital with more resources.

Jvion: Are there any lessons you’ve learned from your experience with sepsis that can be applied to other diseases?

Dr. Molander: If there’s anything I’ve learned from my experience at Sutter, it’s how much of a team sport medical care is, how important it is to play to the strengths of each member of the team, and to include the patient and their family in that team. That lesson should be applicable to every medical condition. While the EHR system has been tremendously valuable for quickly finding, for example, a patient’s most recent echocardiogram, it has pulled clinicians away from their patients, hindering their ability to notice subtle changes they could have gleaned from additional time with the patient. That’s why it’s more important than ever to actively involve the patient and their family in the care team and help them understand their condition.

Jvion: You mentioned that the EHR is a valuable tool for supporting treatment, yet it pulls the doctor away from the patient. Are there any other drawbacks to the EHR system?

Dr. Molander: One of the challenges with EHR is alarm fatigue. If alerts are not sensitive and not specific, they become background noise to the clinician and prevent them from entering their data. If the alerts pop up for every patient, it’s unfortunately easy to ignore the alerts when they actually flag critical action the clinician needs to take. I’m also concerned to see how critical access hospitals respond to EHR. For example, with the new requirements from the CMS regarding sepsis reporting, it takes an experienced nurse an average of 6.7 hours to dissect a patient’s chart and enter the relevant information for CMS. I worry where smaller critical access hospitals pull these resources from. One of the reasons I’ve been so actively involved in the Sepsis Alliance is to help critical access hospitals connect with sepsis care coordinators at other hospitals so we can create a sense of community and see an improvement in bundle compliance and mortality for sepsis.

Jvion: Considering the complexity of EHR, what impact do you envision Artificial Intelligence and related technologies will have on the treatment process for sepsis?

Dr. Molander: I think AI will be extremely helpful, especially for detecting the early changes that point to sepsis. If we have multiple sets of vital signs, AI will be able to recognize early warning signs quicker than I can, and I need that help. My biggest concern, however, is the alarm fatigue, so it’s important that alerts from AI tools are sensitive, specific, and actionable. I think we in the medical profession need to be ready for this; it’s the next step. Patients are getting excited about wearables and we need to be ready to make the most of the data coming in, and we need to be educated about what possibilities are out there.

Jvion: Well Dr. Molander thank you so much for your time, it’s been very insightful listening to you and we really appreciate the critical work you and your colleagues are doing to address this pervasive medical problem. We wish you all the best in continuing your progress in the fight against sepsis.